I spent three days at MGC in Milwaukee for the first time in six years. They've improved a lot since then (when it was run at a hotel and the entire vendor area was under tents outside...now it's at the Wisconsin Center across three entire floors). Here are a few highlights.

I was one of 30 participants in a Ben Heck workshop to piece together a micro handheld that he designed. Pretty cool little piece of tech and an exercise in surface mount soldering. It is powered by an ATTINY1616 chipset (16/20MHz with 2KB RAM, 16KB programmable flash memory) and a 128x64 dot OLED display. Ben programmed a cool Moon Patrol clone (open source) that runs very well. You can see a video preview of the one I assembled, here.

There was 150,000 square feet of vendor halls, computer and console exhibits and specialty rooms. Hundreds of free-to-play pinball and arcade machines as well as consoles from the earliest Fairchild F and Pong in the mid-1970s through the latest PS5/Xbox and everything in between. Even some of the more obscure systems like the Aquarius, RCA Studio II, Bally Astrocade were around as well as many interesting import machines and prototypes. There were also plenty of historic artifacts, old engineering documents from Atari, photos and merchandise from decades past.

There were areas dedicated to homebrew and prototypes, including software and hardware. I met Ryan McQuaid who created a Sonic Pinball table that isn't yet available elsewhere, and the machine was cool as you can also play it with a Genesis controller and the screen takes you through the levels in a neat way. But there was also the never released Sega Pluto system that was meant to follow the Sega Saturn and is was the first system of any kind that had an internal hard drive and had some early networking tech (it plays Sega Saturn games). A man picked it up at a flea market in the 1990s for $1 never knowing what it was until recent years. It's only one of two known to exist. (When I went in 2016 they had the SNES-PS1 prototype on display, which was also awesome). Sad reality, as I was told, is that the Sega Pluto will eventually go the way of the SNES-PS1 prototype in that it'll end up sold and locked away at a museum never to be played or seen at events again.

There was another room hosted by Guys Games and Beer that had some really fun setups including various Vectrex, Virtual Boy, Burger King N64 Kiosk, rare variants of other systems like the 10 Millionth PS1 edition and a lot of misc. They also had a full Mac-based Quake LAN that worked awesomely, as well as a Steel Battalion LAN. They also had some cool accessories like the Dreamcast Fishing Rod (on a projection screen) and the keyboard for playing Typing of the Dead. I had never tried that game before nor a Dreamcast keyboard, so gave it a whirl and taped a bit of it as well as some other scenes at MWC on YouTube.

There were plenty of vintage computer sets all around. Including one working PET and another undergoing repairs. They had the full line-up of classic Mac and Apple systems, Amiga, Commodore, TI, Tandy and others.

By far the most elusive computer set I saw was not on the main display but in the BitBuilt room. The AN/GSH-55 - EIDS Model V5 (TM 11-6910-263-10) system with documentation from Feb. 26, 1990. This is reportedly the first computer training system for the US army and had a Laserdisc integrated into it and the manual. If I recall correctly, the owner bought it from a surplus auction or similar for less than $30 many years ago. He has not explored it or opened it up. He may be donating it to Ben Heck to potentially review on his YouTube channel. The archivist part of me really would love to see the original manual scanned online, since almost nothing is known about this system. Unfortunately I didn't look through the manual when I was there.

Finally, I was interested in the story behind the Subor (SB-486 - XiaoBaWang) keyboard famiclone. This was a China product in the 80s-90s when game systems were evidently disallowed but educational devices were tolerated. It came with an educational cartridge that had study areas on it and also included regular and floating-point BASIC variants to program apps. But it also supported Famicom games "so if you happened to acquire actual video games...they'd work on it." More information on this here. 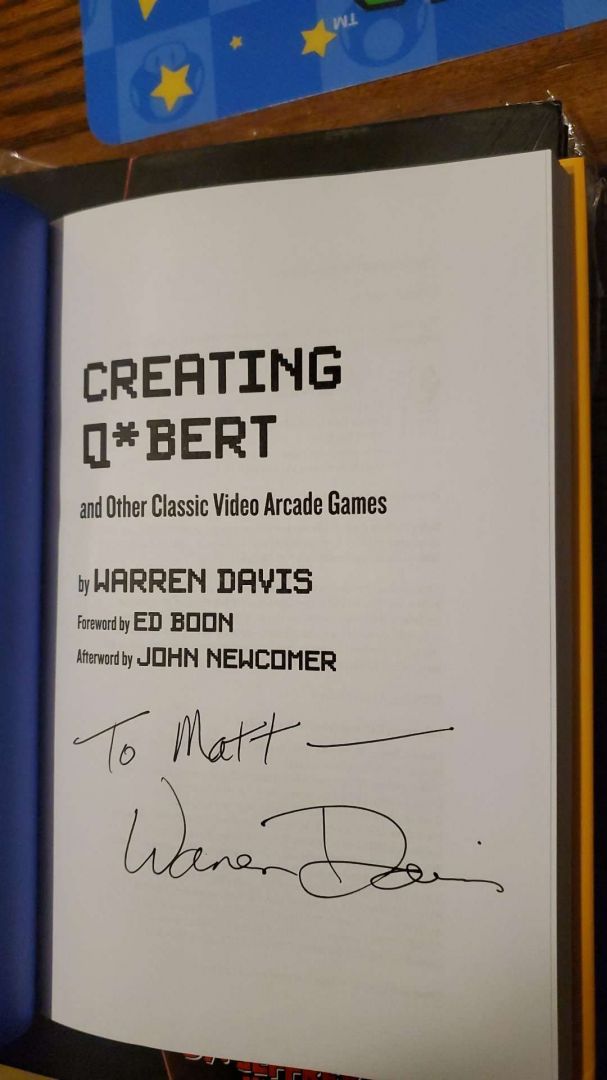